The exhibition is generously supported by Leidos.

"Quantum Shift is emblematic of the dawn of a new era, a symbol for hope, and a moment for renewal." 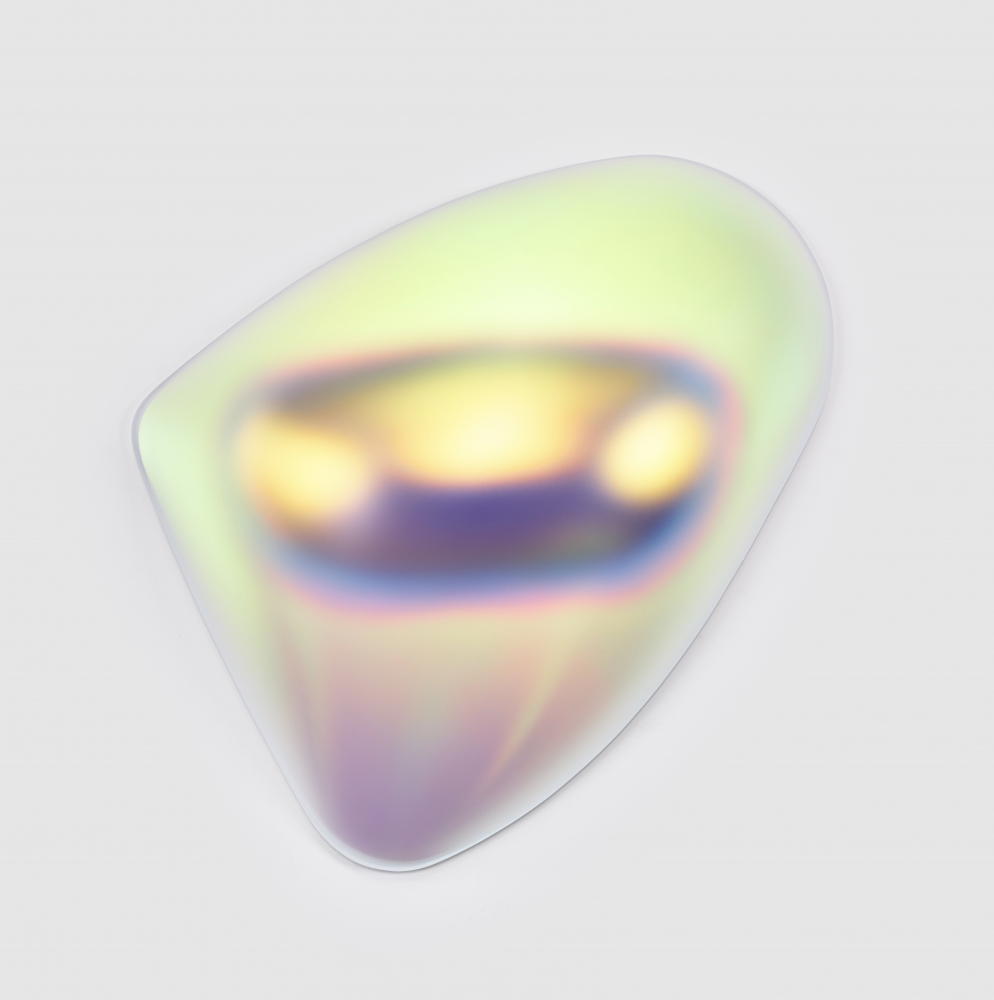 Gisela Colón introduces mutable, transformational qualities in her practice using a unique sculptural language of Organic Minimalism. Colón produces objects that are seamless, featuring little to no edges, lines, or place for the viewer to rest their eye, nodding towards an energy of constant fluctuation and growth. Made from optical acrylics and carbon fiber material using advanced aerospace technology, the “Pods,” “Monoliths,” and “Ellipsoids,” are light-weight yet durable objects, both from this earth and not of this earth, birthed from a symbiosis of high art and physical science.

The word “quantum,” relating to energy contained in matter within the universe, paired with the word “shift,” referencing a physical change in movement or space, together symbolize a change in consciousness. Colón’s choice of the exhibition title brings vital attention to her belief in the power of interconnectivity and the idea that the capabilities of humanity lie beyond a specific gender. To complement the conceptual, viewers will experience the synergistic shift of form, color, movement, and time, as they explore the works in person or virtually. Quantum Shift is emblematic of the dawn of a new era, a symbol for hope, and a moment for renewal.

Colón’s light-activated sculptures explore the essence of life. She finds inspiration in living organisms like amoebas, biological structures like nuclei, and celestial bodies – all expressed in form, materials, and language such as in the artwork titles Andromeda and Unidentified Object. Conceptually embodying the energy of the universe, Colón also identifies invisible cosmological materials such as aurora particles, stardust, cosmic radiation, intergalactic matter, and ionic waves, as metaphorical components in her work.

The artwork production process begins with creating a hand drawing using pen and ink to sketch the forms. Often with one swipe of the hand, Colón will land upon the final shape. The drawing is then enlarged and placed onto plywood, which later becomes the mold that shapes and holds many layers of optical materials. She layers the acrylic in such a way that the works become activated prisms, causing the light to simultaneously reflect and refract outward into the surrounding space. Without the use of any paint, Colón has achieved a fluid color spectrum, where the sculptures become mutable objects responding to fluctuating environmental conditions and dimensional viewpoints. This exploration of light and color embodies much of Colón’s Southern California experience.

As a contemporary Latinx artist, working through her innovative practice of Organic Minimalism, Colón has deconstructed and expanded upon the historically male-dominated canon of minimalism; in result, carving out new space for broader identities in the field. In contrast to traditional, hard-edged, geometrical minimalist works, Colón breaks barriers by creating objects that appear both masculine and feminine, liquid and solid, delicate and strong. 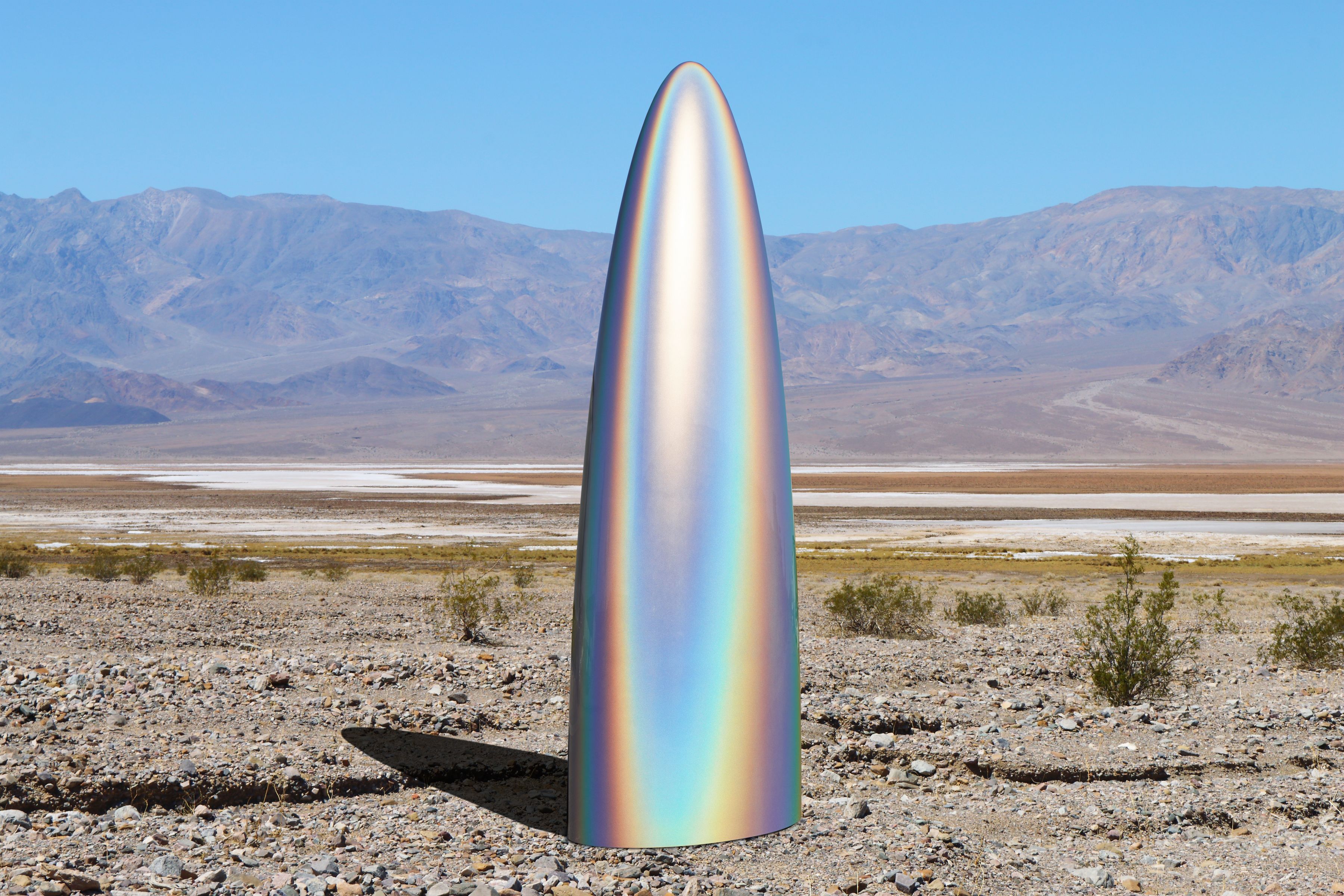 “By appropriating classic masculine forms and symbols (the phallus, bullets, missiles, projectiles, rockets) and rendering them into aesthetically ambiguous, desirable objects, the monolith sculptures subvert the traditionally aggressive and destructive references of these objects. Their negative meanings are transmuted into positive energies that address phenomenology and the universal concern of human relationships with the Earth.”

Growing up in San Juan, Puerto Rico, Colón established a connection with nature – the rainforest, the beach, animals, and plants – at an early age. The jolt of energy found in the work is rooted in her Caribbean background and experience living on the island. 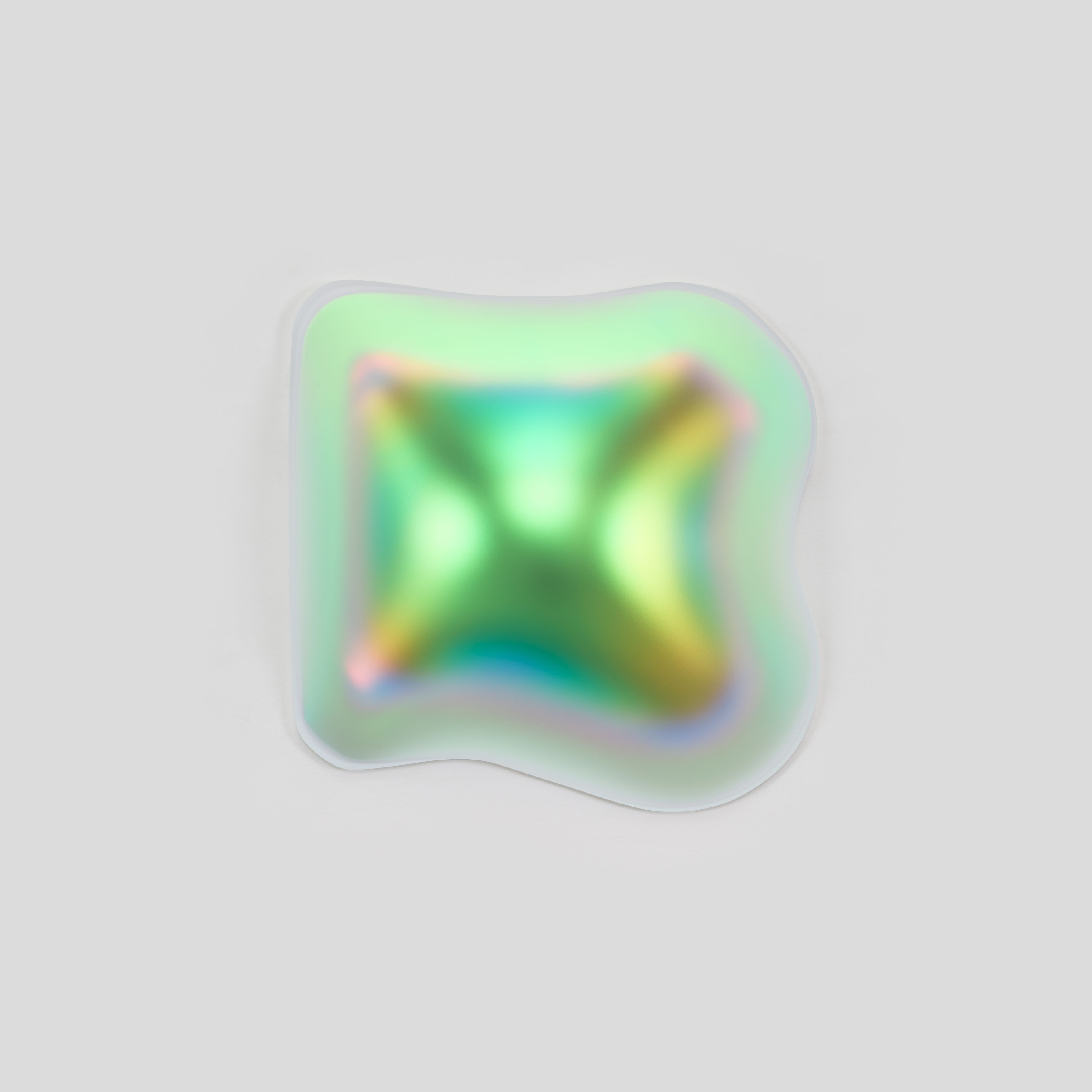 "Drawing upon the raw energy of change, growth and transformation that I experienced growing up on the island of Borinquen, I have imbued my work with the pulsating energy of the El Yunque rainforest, the forceful strength of the Atlantic Ocean and the Caribbean Sea, and the soulful vitality, vivacity and resilience of Puerto Rican culture.” 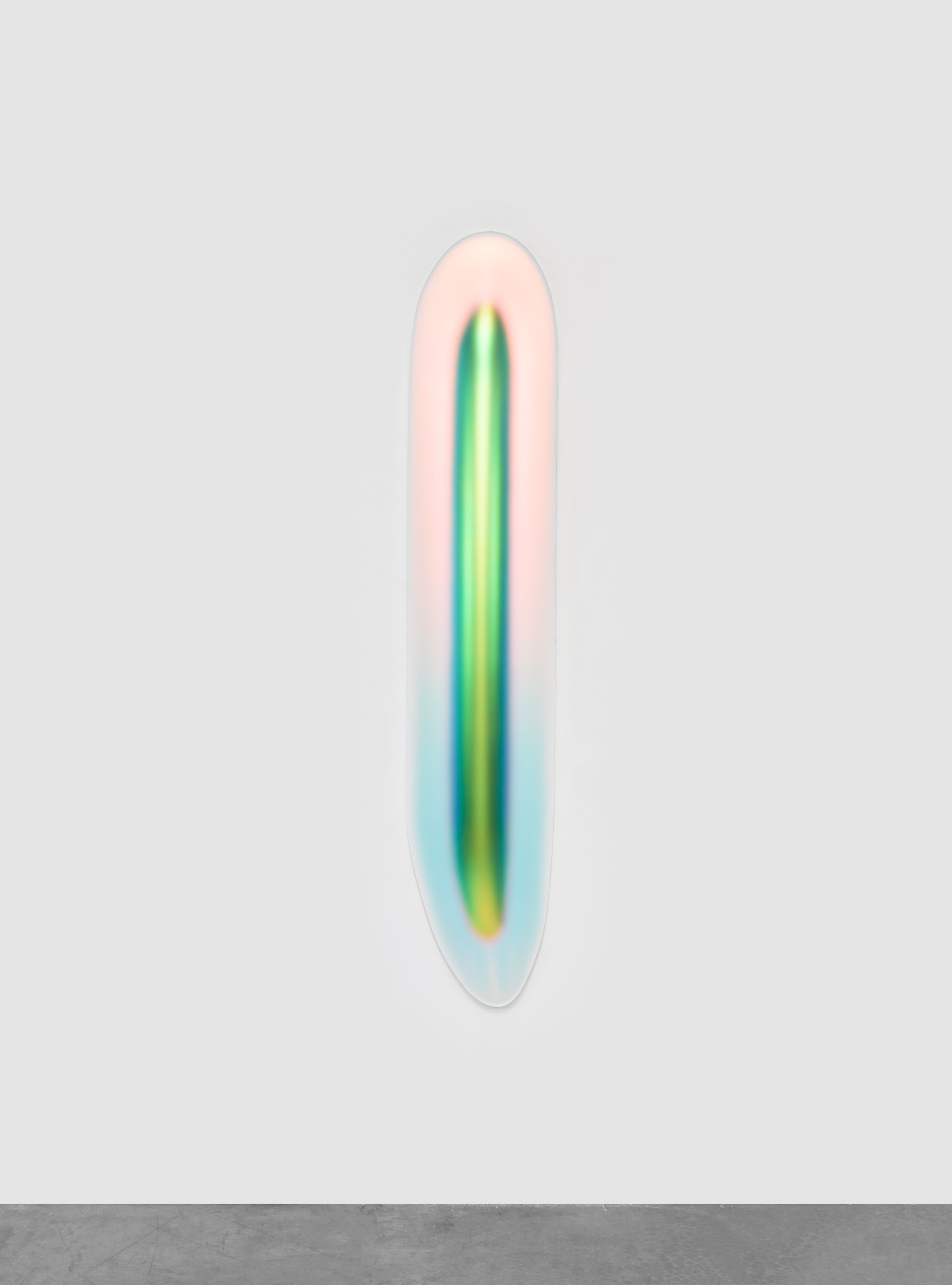 “The female gaze upon our earth from afar, can bring new ideas and nurturing energy for the future of humanity. We call our home “Mother Earth” for a reason.”

The works in the exhibition are representative of this moment in time when there is a shift in human awareness, marking a new era of discovery. In particular, Colón drew inspiration from the current NASA Artemis aerospace project that will place a woman on the moon. As a participant in the NASA project and the sponsor of the Quantum Shift exhibition, the science and technology company, Leidos, connected with the intersections of art, science, and humanity found in Colón’s work. 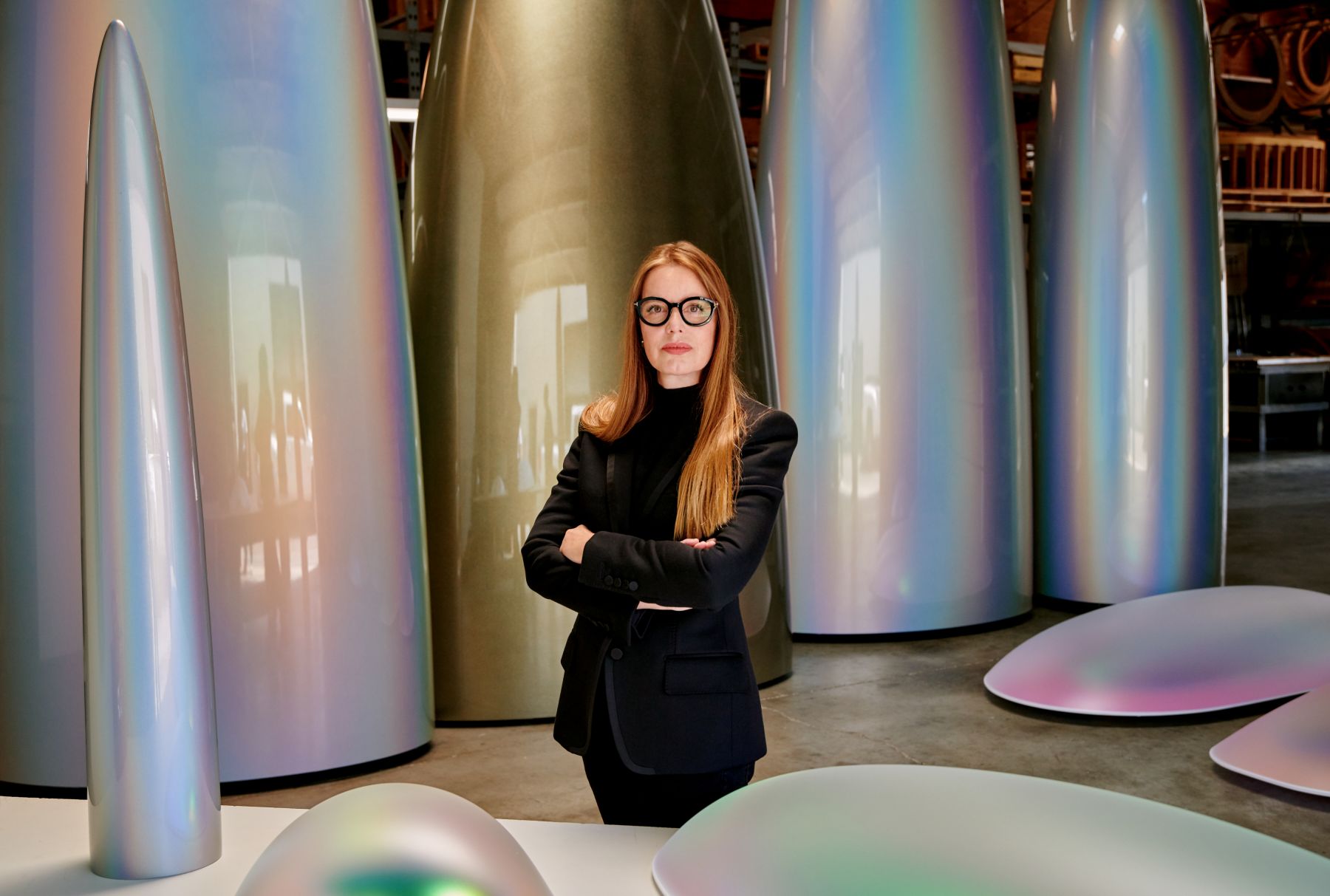 Colón has exhibited internationally throughout the United States, Europe, and the Middle East. Most recently, Colón presented a monumental site-specific installation in the Land Art Biennial, Desert X AlUla 2020 in Saudi Arabia. Her work is currently on view at the Taubman Museum of Art in Roanoke, Virginia in the exhibition A Very Anxious Feeling: Voices of Unrest in the American Experience, and at the Mint Museum in North Carolina in the exhibition In Vivid Color: Pushing the Boundaries of Perception in Contemporary Art. Her work will be included in the traveling exhibition Light, Space, Surface: Southern California Art From LACMA’s Collection at the Frist Art Museum, Nashville, TN (2021), Addison Gallery of American Art, Andover, Massachusetts (2021-2022), and The Ringling Museum of Art, Sarasota, Florida (2022).

This exhibition is generously supported by: 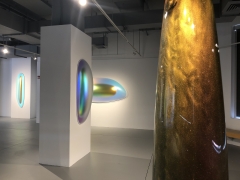